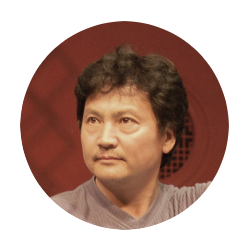 Chen Shihong was born in 1959, in the city of Jinhua (Zhejiang province, China). During his childhood, his father began to teach him Wushu, later he attended the Shaolin sports school where he graduated with excellent skills in Shaolin-boxing and other martial arts. In the 80’s, he met Grandmaster Chen Xiaowang, the official head of the Chen family in its 19th generation. Grandmaster Chen Xiaowang took him in as a personal student, and led him to Masterhood of Chen style Taijiquan, making him a 20th generation practitioner.

In 1987, Chen Shihong followed the invitation of the renowned Japanese Karate-Master Nagayama Masatosi, and headed the training of the Japanese Taijiquan Association for 3 years. In 1990, he came to Austria, settled down and started to teach martial arts in Vienna.